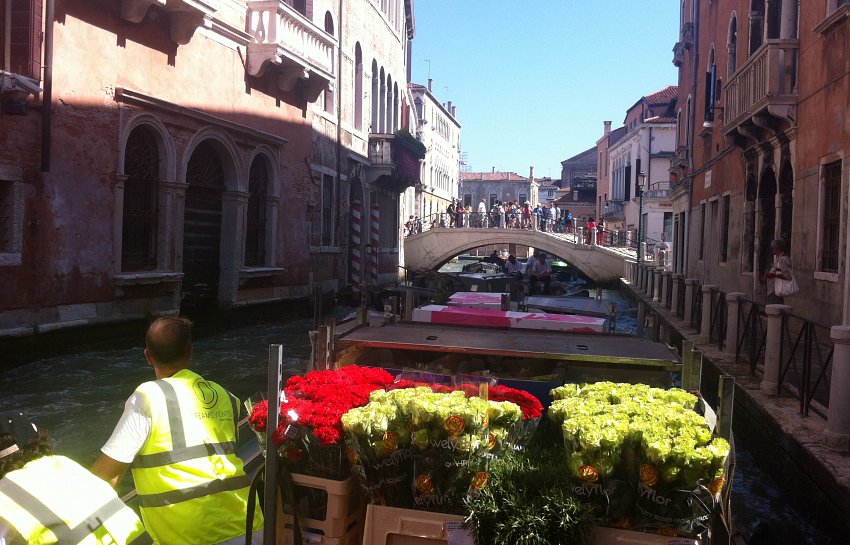 EFM were appointed by our production company client, to handle all transport and logistics management for a series of VIP events in Venice in August 2013.There were multiple venues across different parts of Venice, and EFM were tasked with coordinating 54 truck movements from each of the suppliers from across Europe, down to Venice, cross-loading of each truck into boats and transport via boat to each of the venues, loading and unloading via on-board cranes and via experienced local boat crew.It was a 4 week build period and EFM were on-site imbedded in the production team, to coordinate on-site the safe and timely arrival and departure of all trucks and boats. 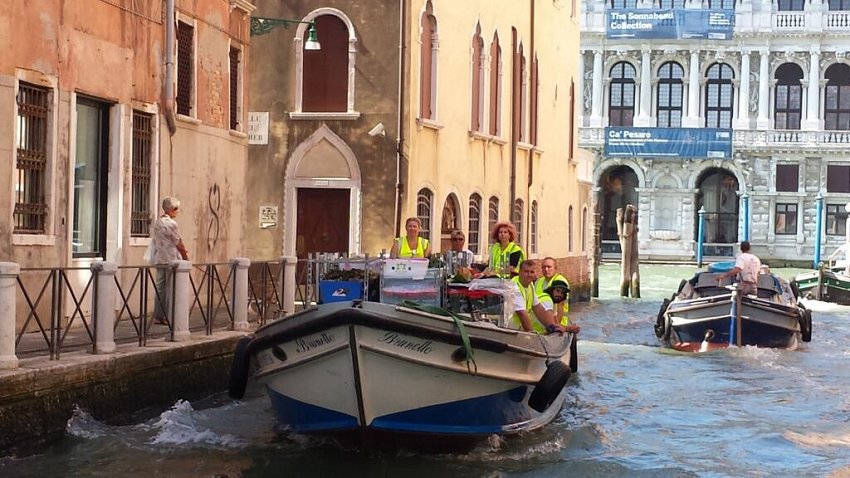 In addition, EFM were requested to source and position specialist pontoons to float all the generators and air conditioning equipment for the various events in the canals around the venues.This was an intricate process, requiring us to coordinate closely with the local authorities and the event suppliers.

With the venues being so difficult to access and operate in and around, it was critical that everything was meticulously planned to a precise schedule.

We were responsible for the safe delivery to and from site of:- 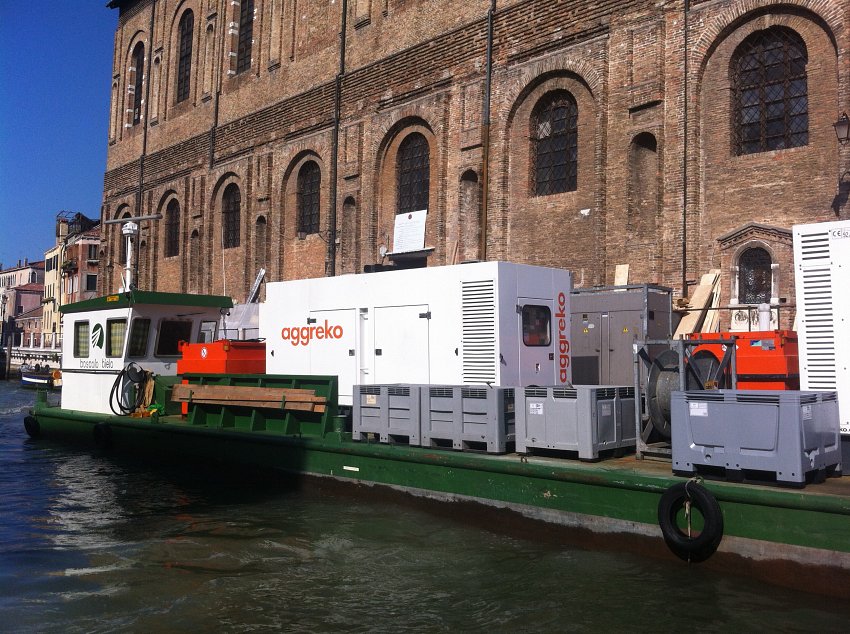 The highlight of the weekend of partying was Robbie Williams, who was performing in the midst of his tour dates, so we had to pick up his backline by boat and transport it to the Saturday night main party venue – the Scuola Grande della Misericordia Spa. The weather was absolutely terrible that evening, and Robbie and the rest of his tour party had to get quickly back to Venice Airport for a Charter flight to Norway.He and his backline came straight off stage in the early hours of the morning and onto boats that we had waiting outside, in the torrential rain.There were tornados touching down in the waterway between the venue and the airport and our little fleet of boats were stuck for some time in the choppy waters! 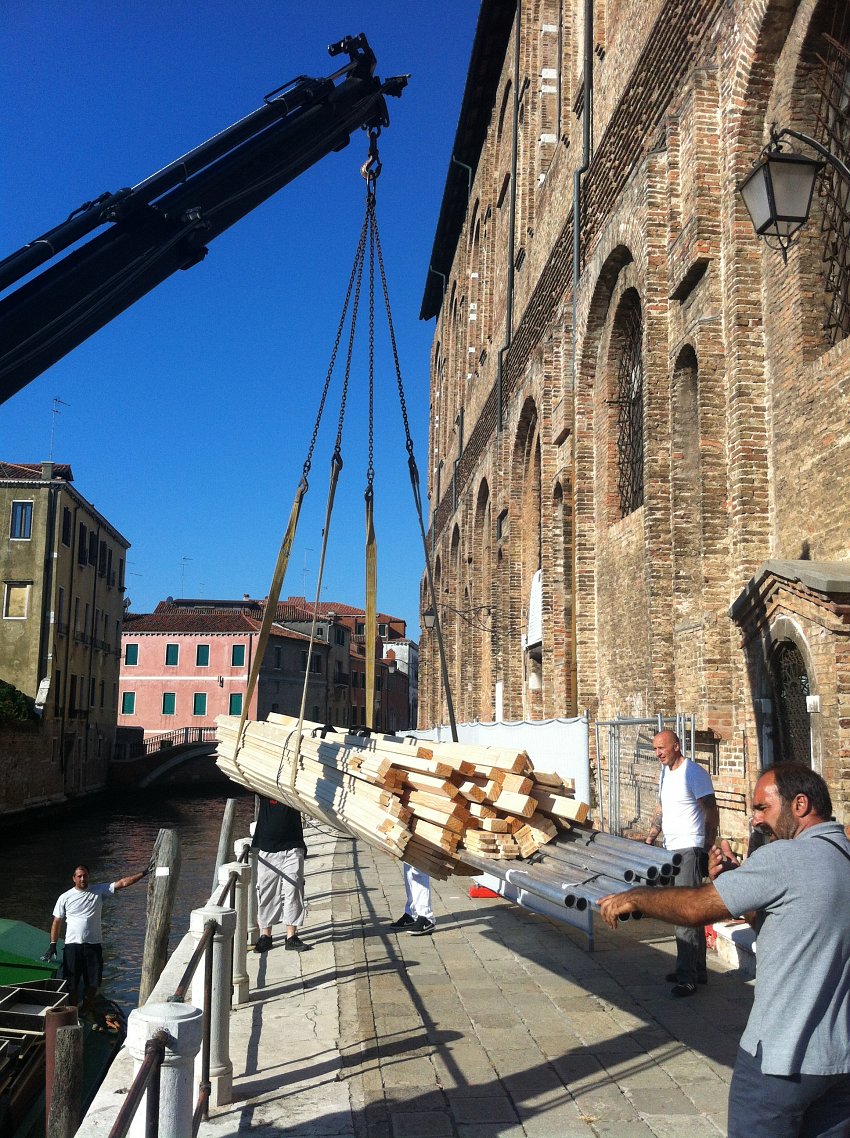 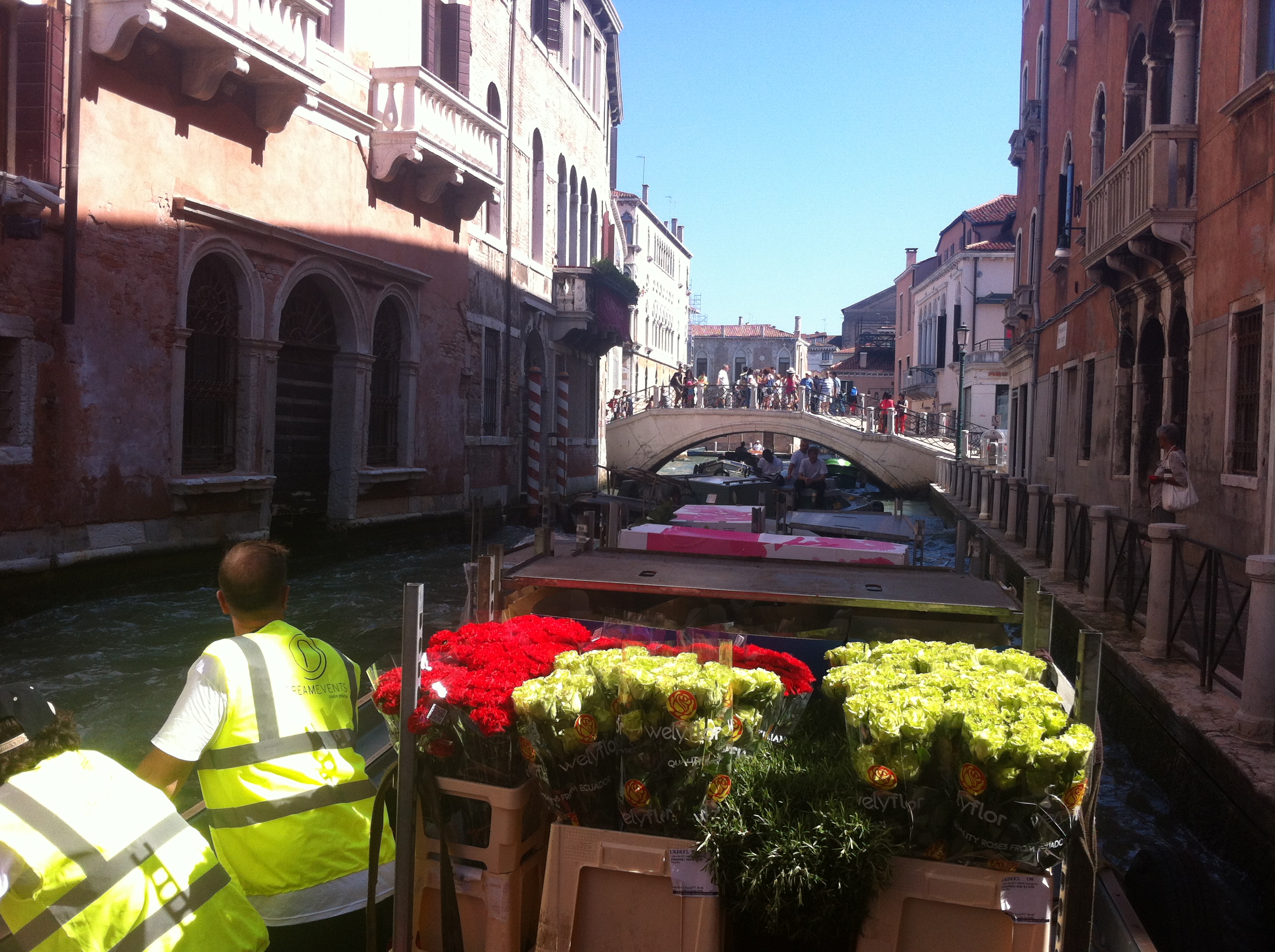