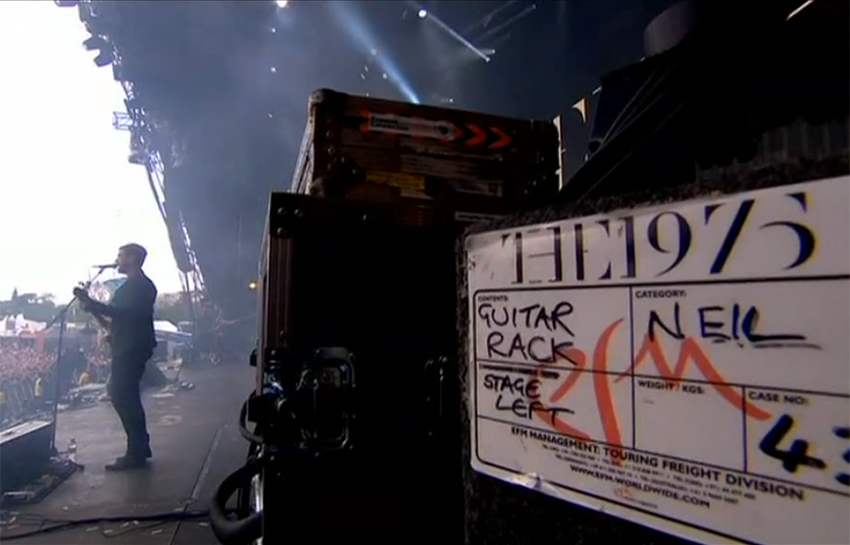 The 1975 are once again keeping the EFM music team busy with their international touring, following their double win earlier in the year, at the 2019 Brit Awards.

With an A and a B rig, at over 8 tons each, leapfrogging around the world, EFM have been working with The 1975 since their early days of touring, and following a North American Tour, we have been moving all the band's production equipment and backline across Europe, Asia, Australia, New Zealand, South Africa.

Whilst the A Rig was travelling to the Sziget Festival Budapest, before touring on to Dubai Arena in August, the B Rig was off to the Summer Well Festival in Romania, before flying out to Summer Sonic performances in Osaka and Tokyo, then on to the Milano Rocks Festival in Italy.

September 2019 saw the band on tour in Asia, performing at venues in Seoul, Hong Kong, Manila, Bangkok, Singapore, Auckland, Melbourne, Perth and Jakarta, before heading down to Rocking the Daisies in Cape Town in October.

The team here at EFM successfully delivered a particularly tight run of shows and corresponding freight moves through Asia.

The 1975’s Malaysian show ended late one night in Kuala Lumpur however, due to no commercial flight options being available, we supplied dedicated trucks to drive all backline and production equipment through the night, across the Malaysian border into Singapore, including express customs processing. As soon as the trucks arrived in Singapore the following morning, customs were cleared and the kit was prepped and loaded onto the only wide-body aircraft option available, which then flew onto Jakarta, arriving around midnight. The kit and ATA carnets were customs cleared through the night and delivered to the venue early in the morning the following day, in time for the first Jakarta show.

In early 2017, the band jetted off on the South American festival circuit with seven tonnes of equipment via airfreight, where they performed at Lollapalooza in Sao Paulo, Buenos Aires and Santiago, before heading onto Bogota and three shows in Mexico.

We then transported The 1975’s tour into North America. The US tour started in Texas and the band played shows through the centre of America and into Canada. We transported the band back to the US for its final US show, before heading home to UK in time for Park Life and the start of their European tour.