EFM have been groundbreaking in Saudi Arabia 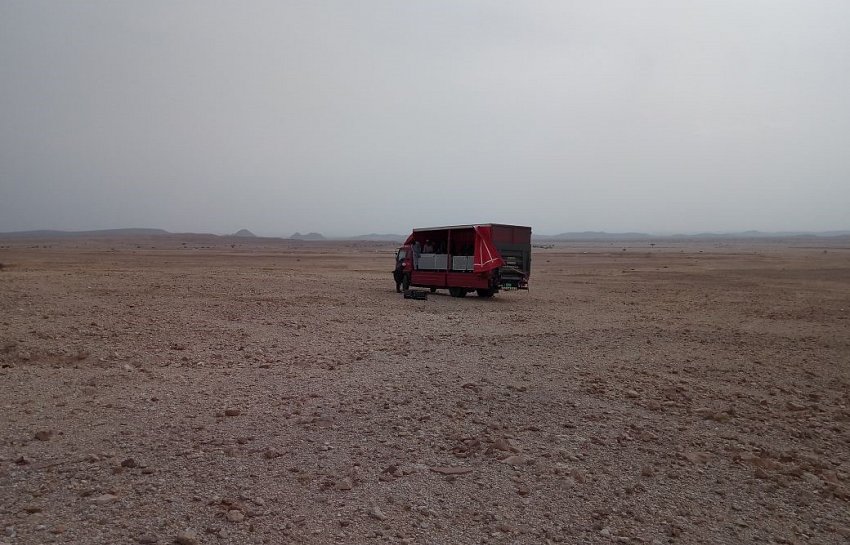 On 28th April 2018, EFM were responsible for the door to door transportation of instruments, pyrotechnics, special effects, scenic decor, lasers and technical production equipment for the Ground Breaking Al Qiddiya Ceremony, in the desert, just outside the city limits of Riyadh.

We brought over the instruments, costumes and props of the Prague Philharmonic Orchestra, in addition to 23 trucks of production equipment from Dubai and 7,000kgs of airfreight from Belgium to Riyadh. 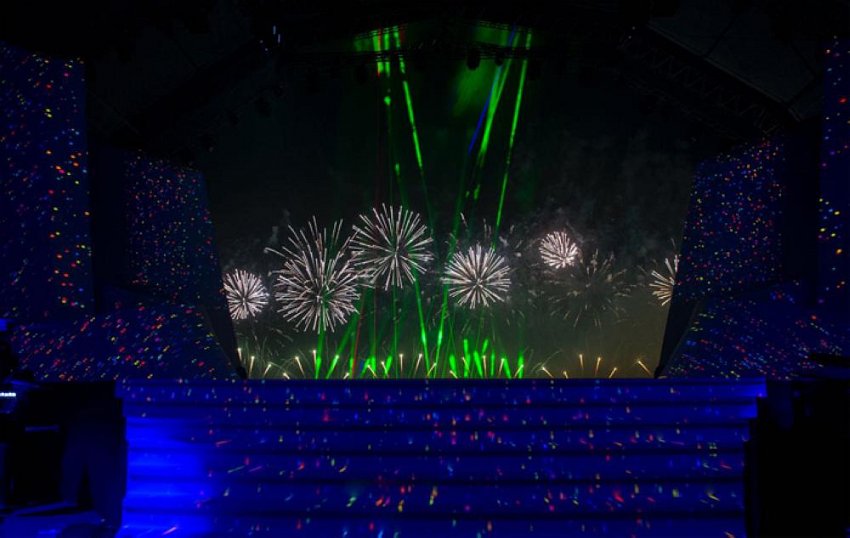 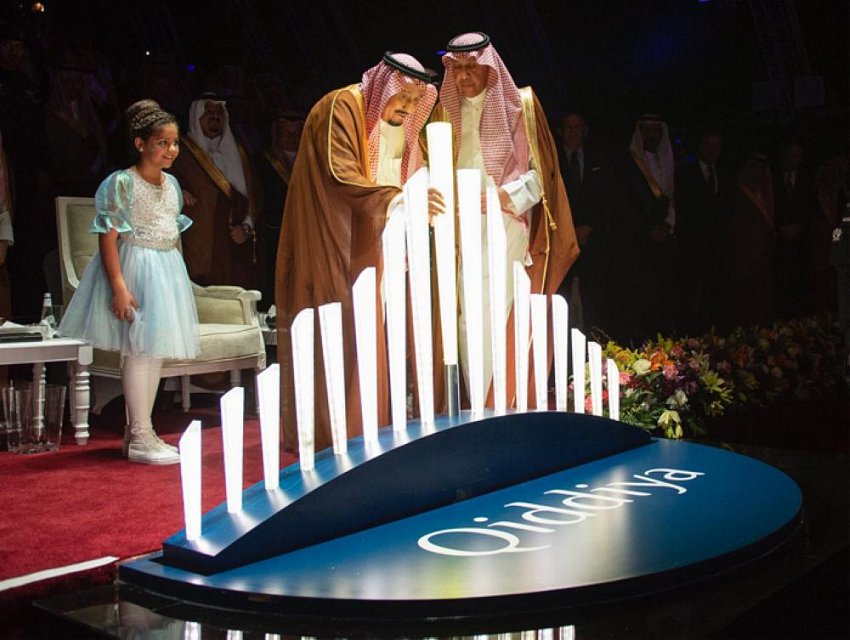 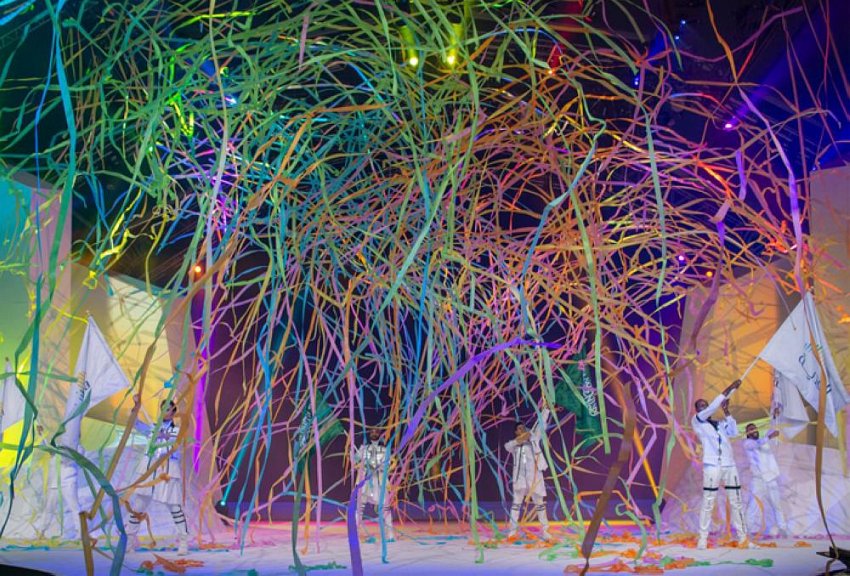 Custodian of the Two Holy Mosques, King Salman bin Abdulaziz of Saudi Arabia and Crown Prince Mohammed bin Salman attended the ground-breaking ceremony on Saturday 28th April 2018 of a vast entertainment resort that is at the heart of an ambitious strategy to open the economy and ease social restrictions in Saudi Arabia.

It will include a Six Flags theme park, water parks, motor sports, cultural events, and vacation homes. A spokesman said Qiddiya expects to attract 1.5 million visitors annually when the first phase opens in 2022.

Local media have reported the cost of the infrastructure alone would reach up to 30 billion riyals ($8 billion) and the project would eventually be worth tens of billions of riyals.

Little more than a week after Saudi Arabia opened its first cinema after a nearly four-decade ban, the author of the reforms, Prince Mohammed, and his father attended the lavish launch ceremony, which featured a live orchestra, fireworks and a vocal performance praising both leaders.

"Today, we invite investors, creators, and operators from around the world to explore what a one-of-a-kind project like Qiddiya has to offer," CEO Michael Reininger told government officials, foreign dignitaries and businessmen gathered in a temporary open-air auditorium.

"We will seek the best to help us, as we invent a new entertainment experience for all residents and visitors to the Kingdom of Saudi Arabia."

Reininger told Reuters that Qiddiya was seeking a broad range of financing from local and international sources, with bonds, direct investment and other tools to supplement the majority contribution from the main Saudi sovereign wealth fund, the Public Investment Fund (PIF).

PIF has two other major initiatives: NEOM - a $500 billion business and industrial zone extending into Egypt and Jordan - and a Red Sea project, which includes a nature reserve, diving in coral reefs and heritage sites on about 50 islands.

Reininger would not specify the expected investment value for Qiddiya except to describe it as "incredibly sizeable".

Some 50 people are directly employed by Qiddiya, with hundreds more contracted as local suppliers and global advisors. Those numbers are expected to reach 55,000 by 2022.

The project aims to be the centre of entertainment, cultural and sports activity in a country that has shunned such activities on religious grounds but is now pursuing them to generate economic returns and open up Saudis' cloistered lifestyles.

With two-thirds of the population under 35 and few local entertainment offerings, many Saudis flock to nearby Bahrain or Dubai seeking fun at the weekends. The state wants to secure up to a quarter of the $20 billion spent on entertainment overseas each year.

"Capturing as much of (those expenditures) as I possibly can is the objective and at the same time creating a bigger pie so that I can get the disproportionate share of that bigger pie that we create at the same time," Reininger said.

"We're not just going to go around the world, find things and copy them. We're going to innovate and we're going to stay ahead of the curve."

Reininger, an American who joined Qiddiya last month, previously worked on a high-speed rail system in Florida, oversaw large-scale resort developments for the Walt Disney Company, and was a senior executive at engineering firm AECOM.

Asked about avoiding the pitfalls of other mega projects in the region, which have suffered long delays and cost overruns and sometimes fell far short of expected returns, Reininger said Qiddiya stood apart by fulfilling a clear economic need.

"It's a giant market, there's not a lot of competition, there's a clear opportunity. That's the kind of thing you want to invest in," he said.

Asked whether social restrictions in place in other parts of Saudi Arabia, like gender segregation and a strict dress code for women, would apply, Reininger said Qiddiya would stay "on the leading edge" of changes in the kingdom, which has eased many of those rules in recent years.