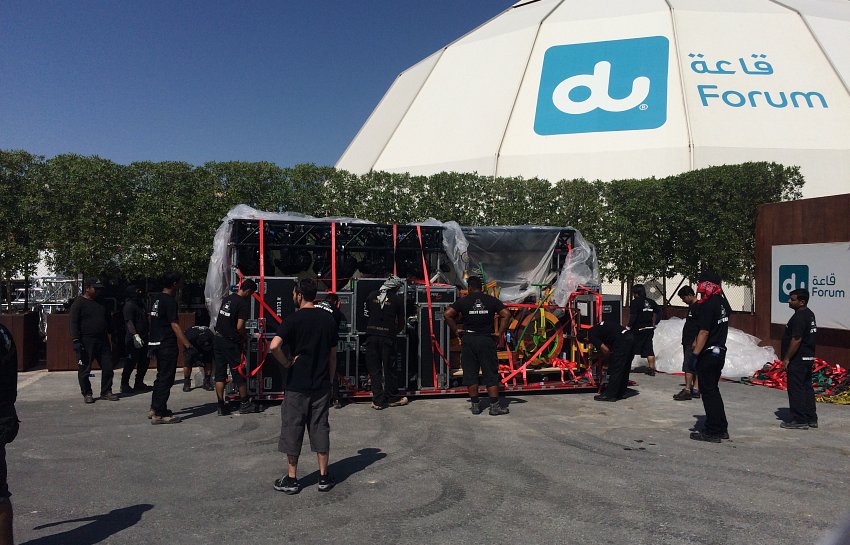 EFM were engaged to provide full logistical support for a large-scale touring theatre show – Disney’s Beauty & the Beast, which set off on its world tour in 2014. 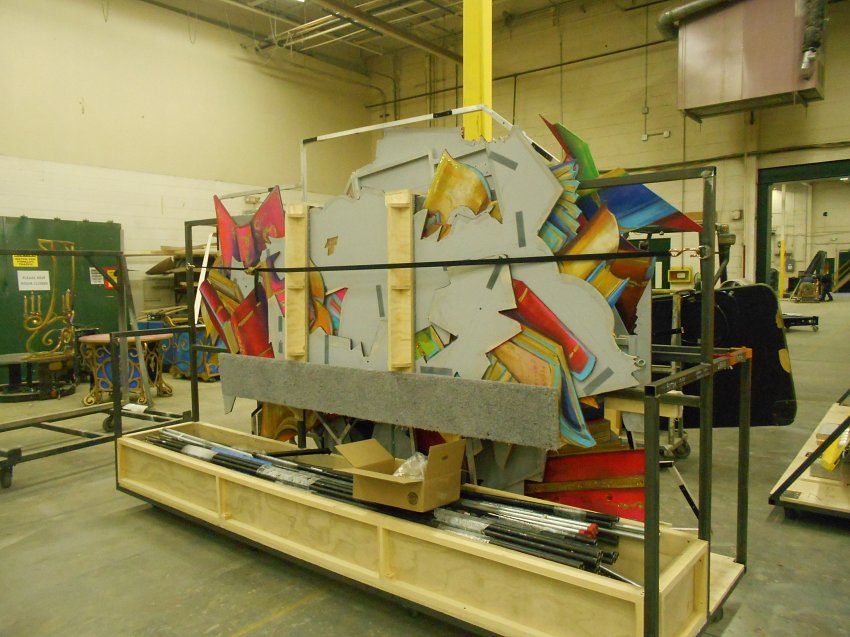 The props and scenery were sent over via sea freight in multiple containers from the set builders in New Jersey, USA to Istanbul.EFM sent over a senior project manager to oversee the container loading and make sure that everything was inventoried accurately for the customs paperwork for the tour.In addition, whilst loading everything into the containers, we did a load plan for the future aircraft charters that would be coming up after Istanbul for the tour to use. Lighting, audio equipment and truss was trucked over by EFM from UK to Istanbul, including raising ATA Carnets and handling all border customs clearances.

We had an extremely tight window to get between the last show in Istanbul and the load-in to the venue in Abu Dhabi:

The final performance in Istanbul was on Sunday night, so we loaded out overnight into a multitude of smaller vehicles, to rush the show from the Zorlu Centre to Istanbul airport as quickly as possible.We had a B-777F charter aircraft on standby and built the pallets through the night and following morning, ready for flight departure on Monday evening and arrival into Dubai on Tuesday early morning with delivery accomplished by 10.00hrs that same day to the Du Forum… less than 48 hours from show finishing at the Zorlu Centre to show loaded into Du Forum. 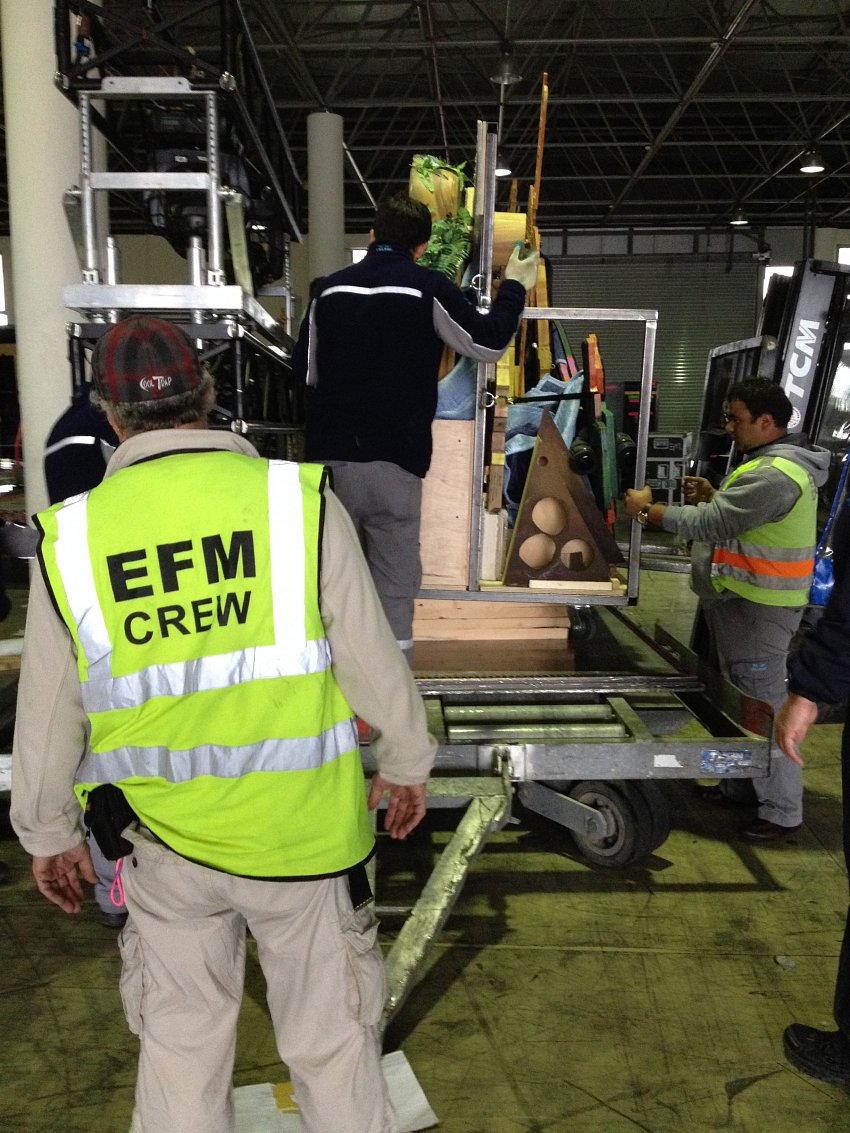 After the show finished at Du Forum in Abu Dhabi, we arranged the next B-77F aircraft charter from Dubai to Thessaloniki in Greece. Due to the size of some of the set carts, the load was tight and required 20ft pallets to be flown in advance for loading for each move, and a complex plan for the pallet builds in each city. Greece was especially complicated, as the airport was not as experienced as Dubai at the scale of work required in the timeframe. EFM were again on-site at all stages of the operation to ensure everything was safely delivered on time. 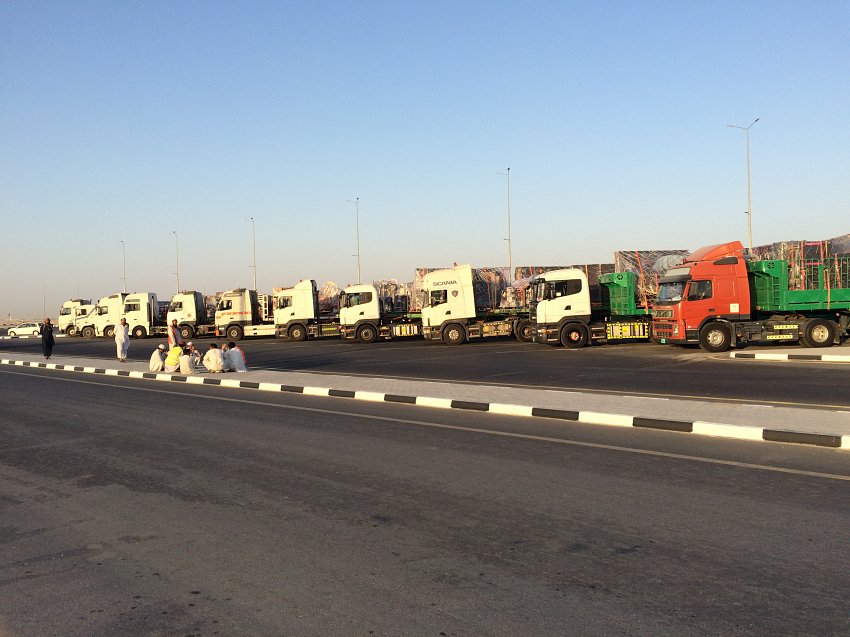